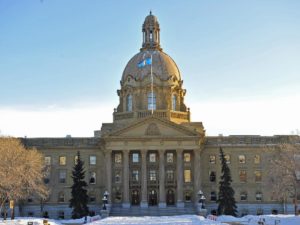 In a previous blog we explored the proposed changes to the Condominium Act (Regulation) of Alberta that were intended to take effect on July 1, 2019. These changes were postponed by the government in order for the Service Ministry of Alberta to review the changes for “excessive red tape”.

On January 1, 2020 a revised set of amendments to the Condominium Property Regulation took effect. They do not differ dramatically from the proposed changes six months ago. However, there are some important takeaways for condominium owners which could potentially impact them.

The key changes that took effect on January 1, 2020 are as follows;

In some instances, the changes that have now been implemented benefit the interest of the condo owners. In other instances, they favour the interests of the management companies. The Government of Alberta explains this balance by stating “The revisions reflect feedback received during consultations in the summer of 2019 to ease the administrative burden on condo boards and corporations (and management companies) while protecting condo owners and their investment.”

Let’s explore a number of these changes and how they will impact unit owners, both positively, and potentially negatively.

Postponed July 1 change – Require condominium corporations to disclose board minutes for the year free of charge before the AGM to increase transparency.

Actual January 1 implementation – Removing the requirement to provide the minutes of all board meetings in the package for annual general meetings (AGMs).

Impact – Imposing the obligation for the corporation to provide the meeting minutes of the board of directors would not only have increased transparency within the corporation, but also would have likely increased involvement from unit owners. One of the biggest challenges faced by many condo corporations is owner apathy when it comes to getting involved. This apathy results in low turnouts to Annual General Meetings, misunderstanding of the role of the board and management company, as well as mistrust and misinformation when it comes to monthly fees and how they are calculated.

By removing the obligation for the corporations to provide this information at no cost to owners, it will further the environment of owner apathy. In addition, this change will increase the cost to the owner of a unit when they wish to sell. Rather than having the board minutes free of charge, they will be required to purchase up to a 12 months of meeting minutes to provide to a perspective buyer.

The Condo Property Act allows a condo corporation 10 days to provide documents when a written demand is made by a unit owner. When the $30 rush fee was first proposed in the Spring of 2019, many management companies defaulted their standard delivery time to the 10 days afforded to them in the Act. Doing so forced owners to pay the rush fees for documents in order to meet the time sensitive nature of a real estate contract. This tripled the cost to the owner. The government’s decision to push through the 3-day rush fee for documents incentivizes management companies and corporations to increase the standard deliver time, thereby encouraging/forcing owners to pay the rush fees for documents.

On the other hand, consolidating the disclosures that the corporation must make was a positive change. The Disclosure Letter is a collection of statements that a seller is required to provide to the buyer of a condominium in order for the buyer to complete a full condo document review. These statements include;

There are approximately 7-10 statements that should be included on the Disclosure Letter. Previously there was no requirement to group the statements into one letter. In addition, there was no fixed cap on the cost of the letter(s). As such, some corporations took advantage of that scenario and generating multiple letters with 1 or more statements and charged whatever they chose per letter. This meant a seller could potentially pay $30 for 5 or 6 separate statements for a total cost of $150 or more. This practice will now stop and the maximum rush fee for an all-inclusive letter will be $30.

Overall, unit owners should be pleased at the maximum fees introduced by this recent round of changes. It will reduce the burden (significantly in some cases) imposed on sellers at the time that they wish to sell their condo unit. Unfortunately, these savings are likely to be changed back to the sellers in the form of other fees. Many management companies have raised their management fees in response to the lost revenue from the capping of the document fees. These increases in management costs lead directly to increased monthly condo fees for unit owners as the corporation needs additional income to meet the added expenses. Therefore, the true cost to the unit owner may be greater than the one-time fee that was being paid for the cost of the documents when needed.

In my November 2019 blog I wrote about the changing landscape of condo insurance https://communitycalgary.com/condo-insurance-what-do-your-condo-fees-pay-for/

The changes that took effect on January 1, 2020 add further implications for unit owners. Moving forward, the developer, or corporation in an existing development, will be required to provide a Standard Insurable Unit Description (SIUD) which will outline the standards that will be insured by the corporation’s policy. Upgrades and improvements will be the responsibility of the unit owner to insure. Therefore, if an owner has a substantially renovated unit beyond the building standard, they will have to carry adequate insurance.

In practicality these changes make sense. The standard unit in the building may have older carpet, standard lighting and plumbing fixtures, tile floors, and basic counter-tops. Contrast that to Brazilan hardwood floors, granite counters, and elaborate kitchens and bathrooms in an updated unit. Why should the corporation’s insurance be required to cover the upgrades in a claim? Well, moving forward they won’t carry that burden.

Todd Shipley, of Reynolds Mirth Richards & Farmer LLP elaborated further by saying “That means that if something happens in the unit and it’s not your fault — the toilet explodes, there’s water loss, water damage goes through to the floors below — and there’s a $50,000 deductible or a $25,000 deductible, the owners are now responsible for the deductible”.

The process of overhauling the Condominium Property Act and Regulation began back in 2014. Over the past 6 years several phases of amendments have been brought into law. The first phases targeted condominium developers and were aimed and consumer protections and increased standards. The most recent and final round of changes were targeted more towards current unit owners. Some of these changes will have a positive impact for owners, while others, in my opinion, fall short of the intended goal or leave the door open to manipulation from outside forces.

The final change that the government is working towards will be to licence condominium management companies under the Real Estate Act of Alberta. Placing them under the same jurisdiction as real estate agents would require the management industry to be self-regulated and responsible for following a standard set of pre established rules and obligations. This would hopefully promote transparency and increased compliance which in turn would lead to additional consumer confidence and overall experience of unit owners. Time will tell how swiftly these changes come to pass. They too were originally contemplated 6 years ago. 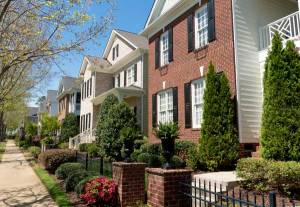 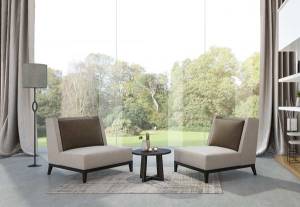